"I started John Mark Design + Build to accomplish one goal, which is to bring the level of service that I appreciate to each client relationship."

Mission:  The development of relationships through servicing the needs small and large with the understanding we must prove and reprove ourselves on every job.

​Results:  We aim for perfection.  Our reputation is only as good as our last job.  We'll safe guard your time and budget with a goal of no change orders.

Let us show you how we can help make your dream come true.

John Mark Design + Build will listen and get your design just the way you dreamed.  No matter how many revisions it takes. 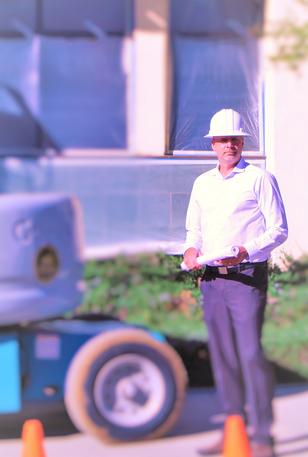 We are a design + build relationship oriented company.

​John Mark (Jack) Kozakar is a licensed General Contractor with over 25 years of experience.  Jack graduated from the University of Southern California on an ROTC Navy Scholarship and served our country as a US Naval Officer.  Returning home in a sluggish economy, Jack took a job as a tradesman.  He rose to the rank of a BOMA Journeyman Chief Engineer.  Jack continued his education at Pepperdine University and became a project management executive for several large corporations.  Jack was licensed as a general contractor in 2002 and as a broker in 2009.  For four years​ Jack ran the residential design build operations for the Burbank Airport Authority as well as in Inglewood for LAWA to improve homes affected by airport noise.  He managed the completion of over 10,000 projects with three inside architects, four outside architectural firms, eleven draftsmen, three administrative assistants and seven construction mangers.

In 2004, Jack took on managing larger commercial projects with Jones Lang La Salle (JLL) and in 2006, 2008, 2012 and 2013 Jack was awarded the "TOP GUN" award for project management by JLL. With millions of square feet constructed under his direction, Jack and his team handled virtually every type of construction project.

​Since then, Jack has gone onto solve larger complex projects throughout Southern California as both Contractor and Broker.  In 2017 Jack started a series of residential design + build projects and drawing from the experience of doing over 10,000 residential projects, put together a select team to provide high quality work at John Mark Design + Build.